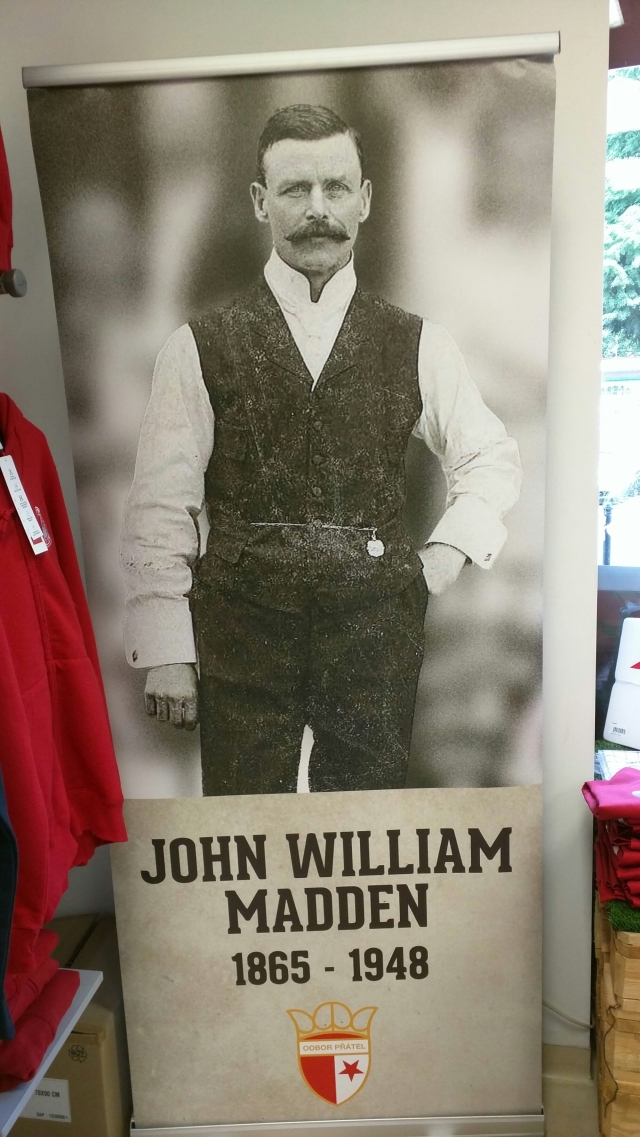 The big day arrived, where the Czech Republic National Soccer Team faced off against South Korea. We made our way over to the stadium this morning and took it all in. While waiting in line at the box office, a group of us went to the fan shop.This is where I got my Czech Republic Kit. After quite a long wait, the game began. It was an entertaining first half with plenty of action and two goals from South Korea to take control. However, the Czech Republic Team would not go down without a fight.They attacked and pushed but only could get one goal back before the end of the game. My first true international game was quite the experience! I definitely won’t forget it!

Later today, we sat down with Mrs. Tallman’s parents and discussed the effects of the communist occupation. To me, the most interesting part was the complacency to it for most. A lot of people were either born into it or accepted because there wasn’t much they could do to stop it. Not many felt the urge to protest until they were given a drastic reason to. This discussion with them opened some eyes onto the Communist Occupation. It presented goods and bads, and further helped my understanding of life under that government.

This entry was posted in Uncategorized. Bookmark the permalink.